A "Walking through Apulia" article on Cameracronica Magazine is dedicated to Gianpio De Meo, who died prematurely.
When it comes to Land Art, the names of important figures like Richard Long, Robert Smitshon, Tony Smith, Carl Andre and Hamish Fulton are approached. Among the practices that I find most interesting are those of Fulton, when he states that "My art form is the journey made on foot in the landscape ... the only thing we have to take of a landscape are photographs. that we must leave behind are traces of steps ". By investigating the work of the artist better I have found in him the practices of the meditative walk practiced for centuries in kin-hin which is a practice of Zen. Fulton waives to produce "transformations" of the landscape, as other artists do with more or less eco-sustainable works.But what do the figures of the walker, the slow tourist and the psychogeographer all have in common? We have not yet told who he is. Since the dawn of time man has been a nomad, Bruce Chatwin says "Nomos means in Greek pasture and nomad, is a leader who presides over the distribution of pastures" What is clear is that walking on foot or at the limit with slow vehicles (bikes) share the three figures. The three figures, which move in time and space with distinct aims, are united by the "movement". Among the fundamental differences inherent in the "movement", there is that of how it is practiced.
THE PILGRIM
can use public or private transport, or he also makes a responsible and conscious choice and simply walks on foot. Naturally the pilgrim's walk is fundamentally an "act of faith", one reaches sacred places, beating paths traveled by faithful for centuries. 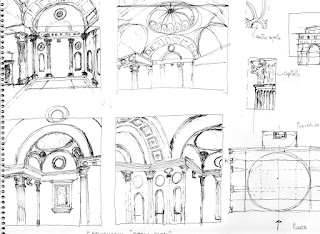 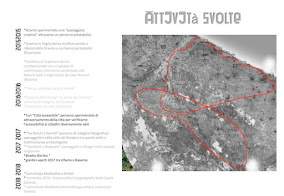